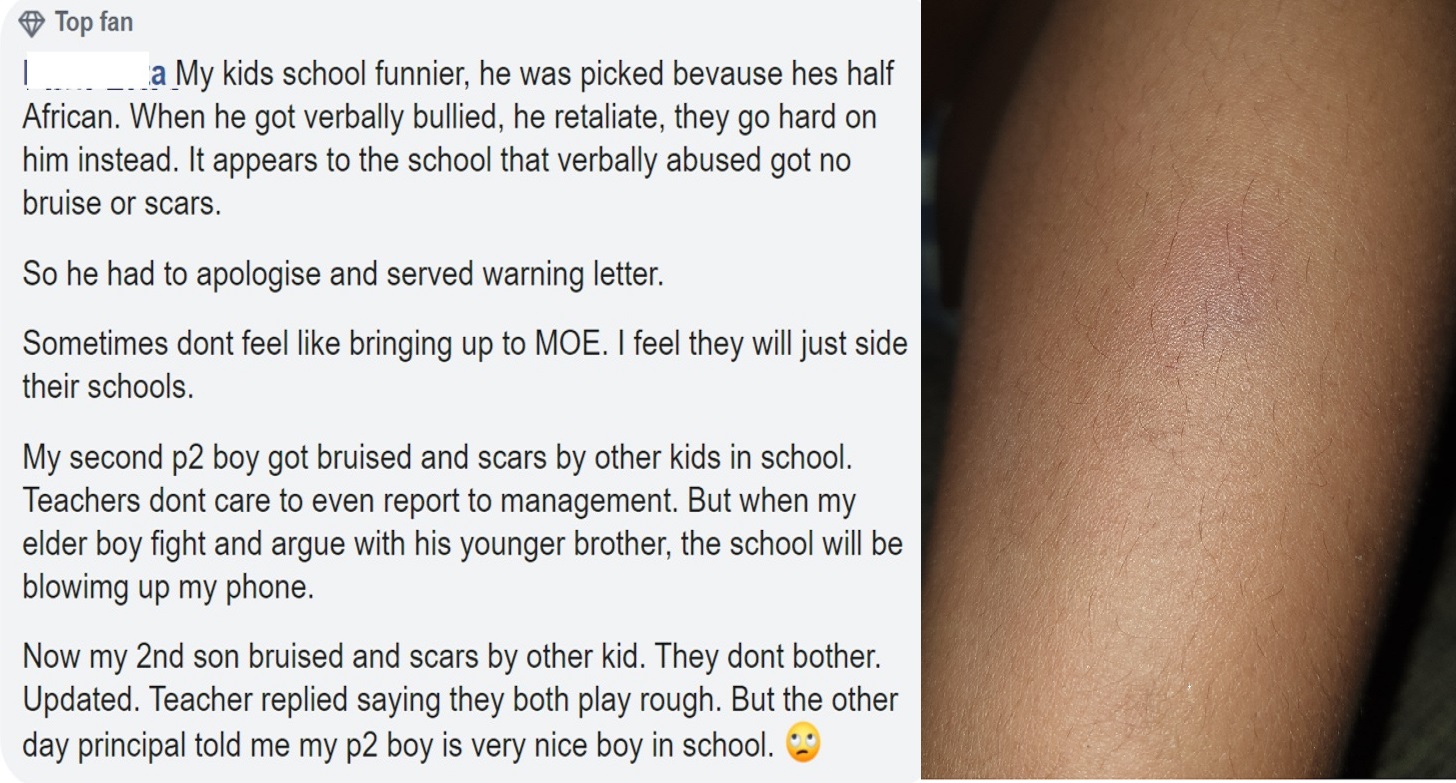 A primary school in Singapore and the Ministry of Education (MOE) received flak for their perceived (mis)handling of an allegedly persistent bullying of a female student in the school. Some members of the public felt that the school was not doing enough to protect the victim. The complaint prompted Ong Ye Kung, the Education Minister, to publicly condemn the bullying, saying that he was dismayed by the case.

In responding to the case, a mother shared how her own children face similar bullying in school but are purportedly not receiving appropriate protection from the school.

According to the mother, the eldest child was picked on and verbally bullied because of the fact that he's half-African. Instead of addressing the bullying with the bullies, the school reprimanded the boy for retaliating to the bullying. In the end, the child was made to apologise.

The desperate mother feels like the school is not supporting her child appropriately. Referring the matter to MOE, she opined, would not change their predicament.

My kids school funnier, he was picked bevause hes half African. When he got verbally bullied, he retaliate, they go hard on him instead. It appears to the school that verbally abused got no bruise or scars.

So he had to apologise and served warning letter.

Sometimes dont feel like bringing up to MOE. I feel they will just side their schools.

My second p2 boy got bruised and scars by other kids in school. Teachers dont care to even report to management. But when my elder boy fight and argue with his younger brother, the school will be blowimg up my phone.

Now my 2nd son bruised and scars by other kid. They dont bother. Updated. Teacher replied saying they both play rough. But the other day principal told me my p2 boy is very nice boy in school. 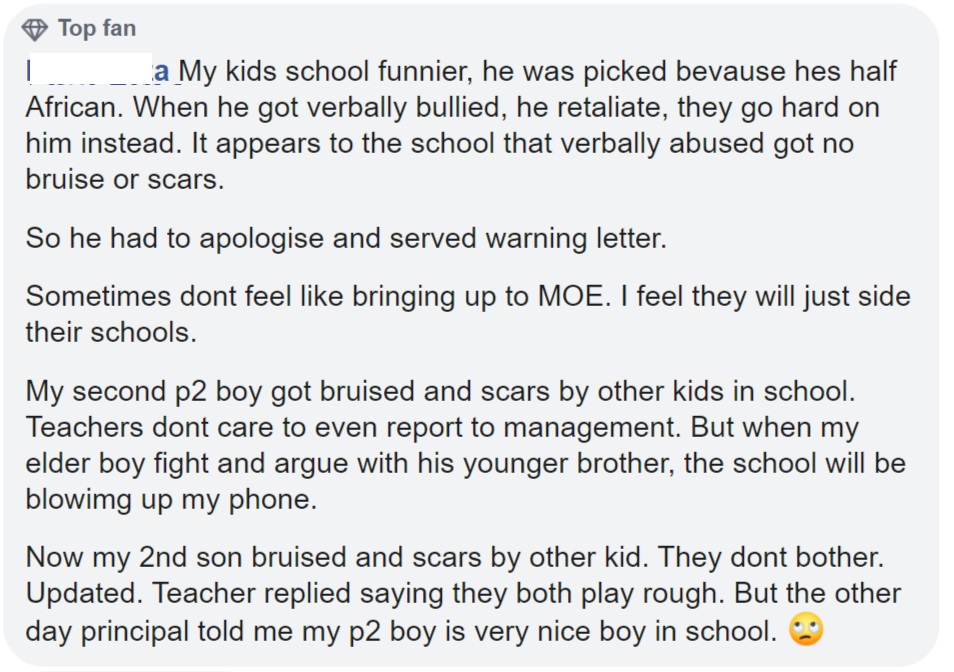 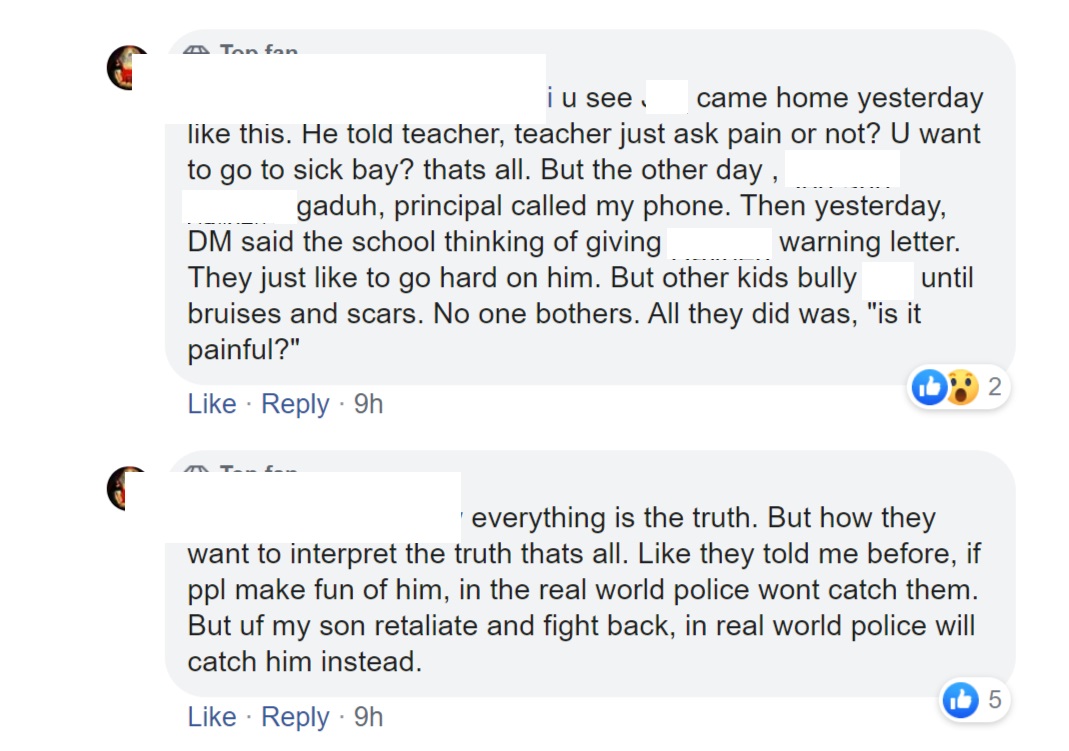 These allegations of bullying need to be addressed. It is not right for the child to retaliate. He will learn that. But without the provocation, one wonders if the child would hit others.

There must be no place for bullying in our schools. It can have far reaching consequences, even into adulthood.

The schools and MOE must set the right tone. In their eagerness to rehabilitate the bullies, they can't forget about the bullied. They are the victims.