You better watch out, you better not cry, wayang party is coming to town. In an attempt to "beautify" their estate, Sembawang Town Council had personnel stealthily go to every block and level to give out warning letters to bike owners to remove their bikes.

According to one He Wei Hao, the warning letter requests that owners remove their bicycles/escooters within the next 3 days. Or else the Town Council will remove it themselves. According to He, every bicycle and escooter (with the exception of "really well maintained nearly competition worthy bicycles") on his block received the warning letter.

He claimed that he has been abiding by the 1.2m corridor clearance for years. But now, he can't even park his bicycle just because it looks a little ugly.

Why should they remove their bicycles just because it looks old and dingy? Our ministers also not yandao/chio. Can remove them or not? Like He said, it's not as if they are building bicycle parking lots everywhere. Where are the owners expected to move their bicycles to?

Maybe the reason for the request to remove bicycles are stemming from the fact that elections are coming. The ministers need to have a beautiful walkway when they do their once in five years walkabout session.

All the more reason for us not to remove them. 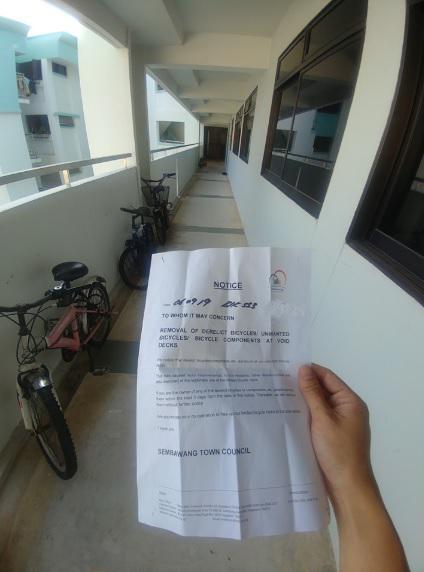 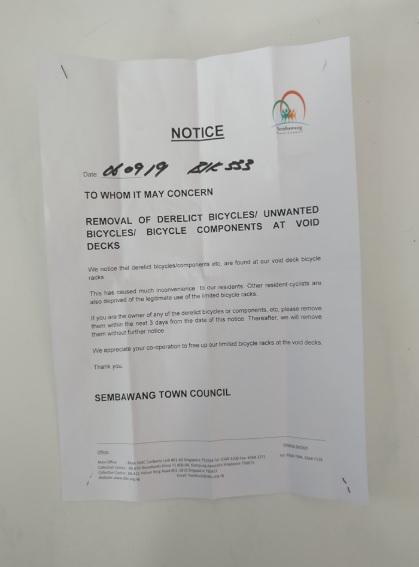 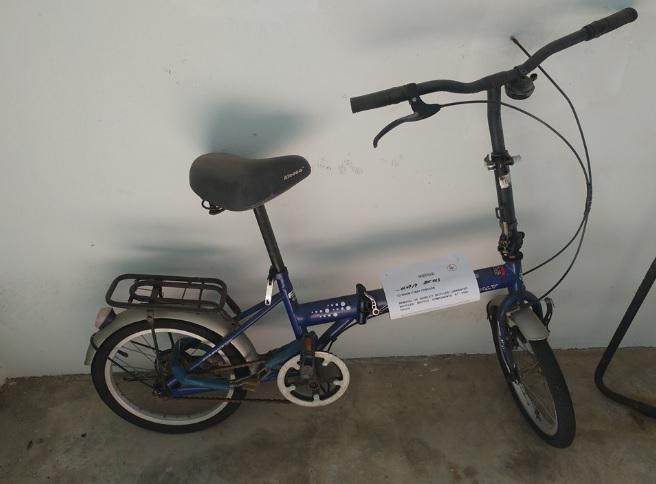 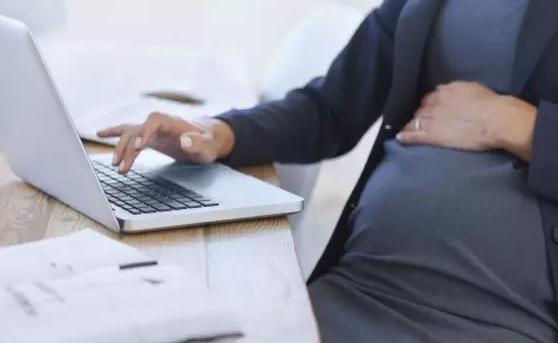