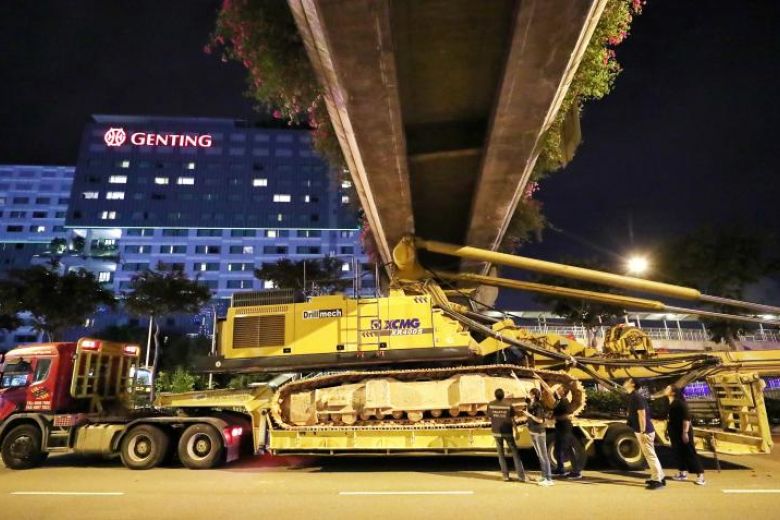 LTA and BCA have issued a joint statement that indicated that the overhead bridge at Jurong that was hit by a crane on top of a trailer is structurally safe. The statement said that the structural integrity of the bridge was not compromised in the crash, and that it was safe for public use.

The BCA had appointed one of its engineers to inspect the bridge together with a professional engineer appointed by LTA. Both independently assessed that the bridge is safe for use. The collision had only damaged localised areas of the bridge, and LTA is now repairing the damage.

The crane had apparently hit the underside of the bridge at Jurong Town Hall on Saturday night, but there were no injuries reported. The bridge was at first closed to public use after the accident, but has now since been reopened.