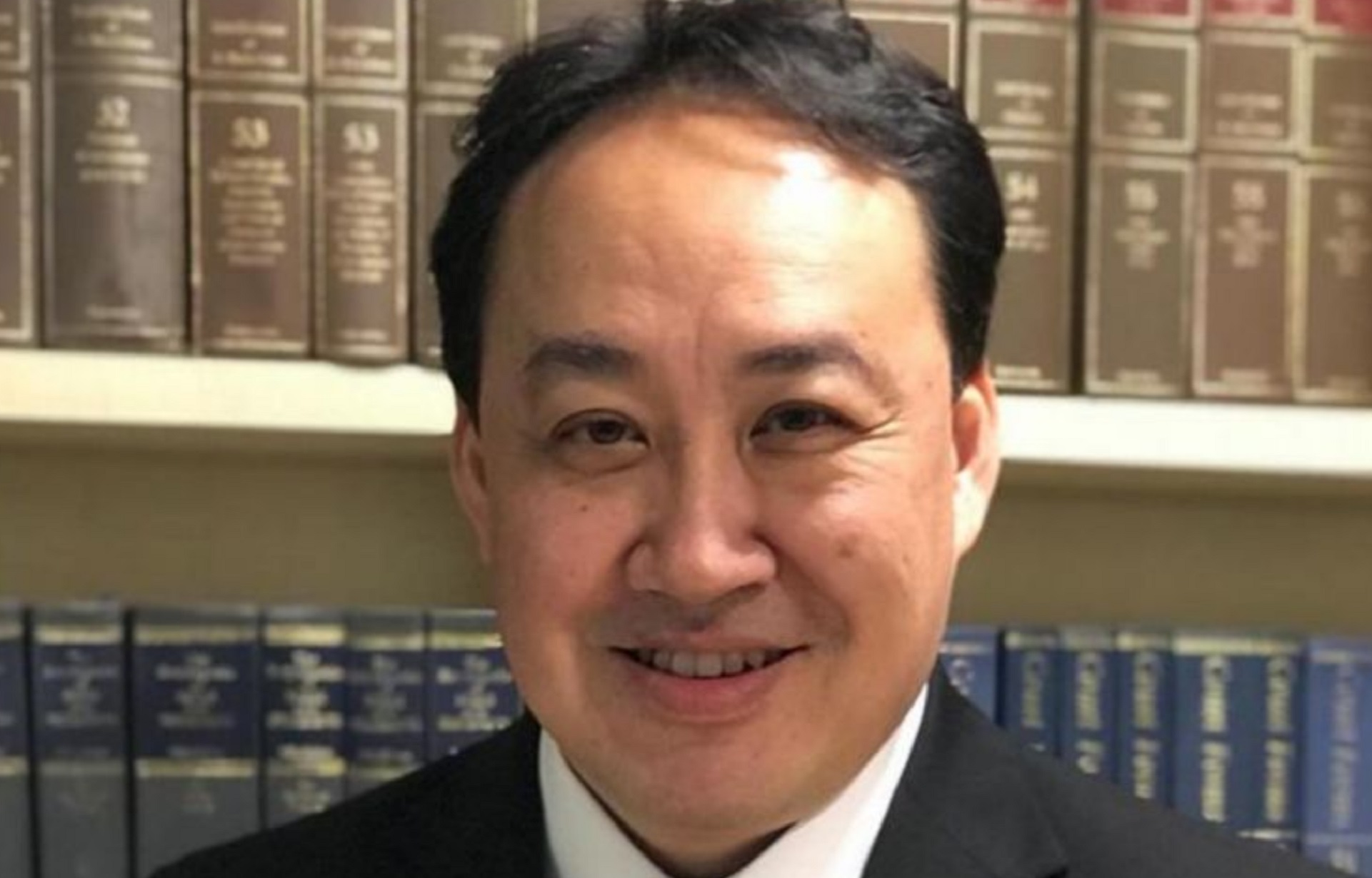 The POFMA (Protection from Falsehoods and Manipulation Act) machine rolls on.

It issued corrections directions (CDs) to the leader of the People's Voice Party (PV), Lim Tean, along with two other Facebook users, "Henryace Ace" and Sebastian Ying. The CDs were in connection with posts that alleged that an event held at Safra Jurong East was organised by the People's Association (PA) and the resident's committees (RCs).

This event became one of the largest coronavirus cluster in Singapore.

Unsurprisingly, the CDs were initiated by Chan Chun Sing, in his capacity as Deputy Chairman of PA.

This is the third time that Lim Tean has been issued with CDs.

This will not stop him from continuing to speak up. He continues to be a vociferous critic of the government in its handling of the coronavirus pandemic, even when others laid took a step back. This is to the benefit of Singaporeans as the government has to be transparent with the public. During a roundtable organised by several news outlets, DPM Heng Swee Keat, while highlighting that the date for the General Elections (GE) has not been set, did not rule out the possibility of having the election amidst this, what is now deemed by the WHO as a pandemic - Covid-19.

Heng himself noted that Covid-19 is likely to last until the end of the year and resources will continue to be required to manage the virus.

Yet, Heng refused to rule out having the GE during this period? Why?

Are they very confident that public sentiment is for the PAP government, based on their policies so far to manage the spread of Covid-19 here?

Even if they are banking on riding the wave of optimism, it is very irresponsible for the PAP to call for an election while Covid-19 is still very fluid and not contained.

An election has to be called by April 2021. There is one more year to go. There is no need for the PAP to take a risk and rush.

The health and safety of Singaporeans should be prioritised. Not votes for their party.

Where will the rallies be held? Can they confirm that everyone attending the rallies are all socially responsible people who know how to isolate themselves if they are sick? Then there may be those that are asymptomatic. Screenings may not be able to detect them.

In short, it would be reckless to call for an election during this period.

If indeed the PAP calls for an election, we hope Singaporeans can see through the PAP's ruse and vote against the party for gambling on votes for the safety of Singaporeans. 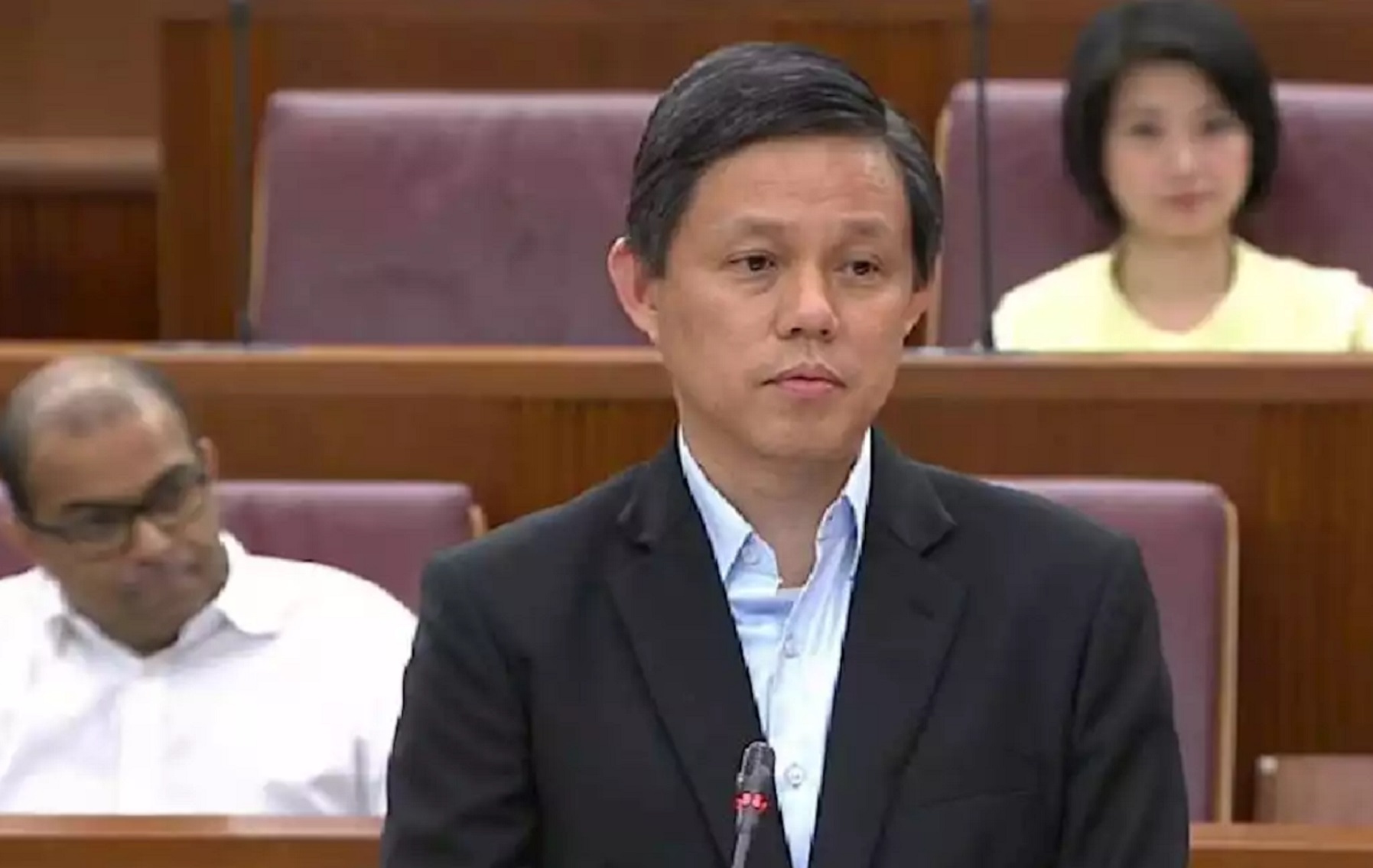 Chan Chun Sing slammed landlords for being "very short-sighted" by not passing on savings from tax rebates to their tenants.

This was after the Restaurant Association of Singapore (RAS) released a statement detailing their disappointment with landlords who have yet to fufill their promises of rental rebates to their tenants after receiving tax relief from Budget 2020.

Chan reminded the landlords of the symbiotic relationship between them and their tenants.

Has Chan put himself in the shoes of the landlords?

They are similarly under pressure. Hence, the tax relief. It is unrealistic to expect the landlords to pass on the savings to their tenants.

They need to survive. Tenants can come and go. Many are contracted for relatively short periods.

The challenges, for the landlords, are not exactly the same. If landlords have to close, then their tenants will also face an uncertain time.

Several stalwarts of the Singapore Democratic Party (SDP) have been at the High Court since earlier today as part of their appeal against the POFMA Corrections Direcions (CDs) issued by the MOM against several of its posts on Facebook.

SDP had argued for the matter to be heard in an open court, primarily because of their conviction that job security if of immense public interest. This appeal was rejected by the High Court judge earlier this morning.

Three reasons why case should be heard in open court:

1, The subject concerns job security - a matter Singaporeans are deeply worried about.
2. Continue to build trust in the system.
3. There is legal precedence.

The SDP's assertion of the data is disputed by the MOM. Dr Chee rightly points out that the release of the data can definitively clarify the matter.

However, according to the update by the party, Hri Kumar will only deal with the issue when he presents the MOM's case.

One can't disagree with Dr Chee. If the assertions by the SDP were erroneous, it is the MOM's prerogative to use the data available to it to correct the "falsehoods".

There won't even be a need for this appeal hearing.

Now, this has piqued the interest of Singaporeans because people are also surprised why this has not been conclusively clarified.

W]hatever the outcome may be, this will leave a stain on the ruling party as they prepare for the elections.

The Secretary-General of the People's Power Party (PPP), Goh Meng Seng, has expressed his "utter disappointment" with the latest statement made by the Dr Tan Cheng Bock's Progress Singapore Party.

He made it clear that PSP had provided an inaccurate context to the statement made by Alex Tan, and feels that the are trying to shift the blame to others.

That is really far from the truth. It wasn't some ghostly person who pass the comment to Main Stream Media aka ST but they read about his comment from TOC and maybe Independent SG as well.

Alex Tan has confirmed that he repeated that "jest comment" to editor of Terry Xu.

He then urged the PSP to preserve their integrity by admitting the mistake and apologising for it.

Goh has a valid point. A mistake has been made by Alex Tan. He undermined the leaders of his fellow opposition members. That can't be excused, whatever the context may be.

PSP has to demonstrate that it has the integrity required to be representatives of the people. With Dr Tan at the helm, this is not an impossible task. 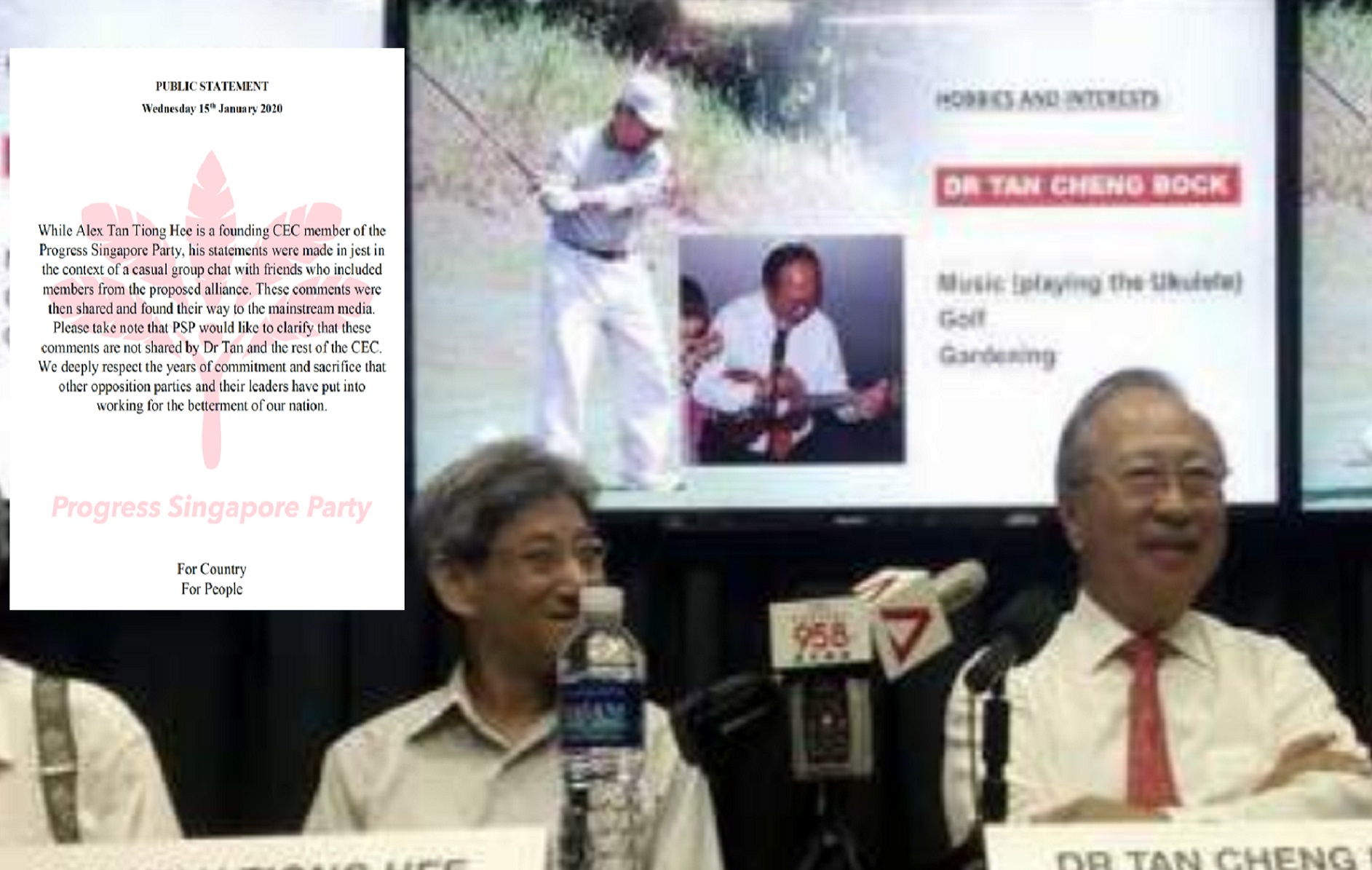 In the interview with The Online Citizen (TOC), Alex remarked that the parties in the proposed coalition - the People's Power Party (PPP), the Singaporeans First Party (SFP), the Democratic Progressive Party (DPP), and the Reform Party (RP) - were led by "captains of sinking boats".

PSP has since released a statement contextualising the statement made by Alex Tan, and the party's position on the matter.

In the statement, PSP clarified that the Alex Tan had made the statement in jest during a casual group chat that also involved members of the proposed alliance.

It however dissociated itself from Alex Tan's statements, highlighting that his views are not shared by the party and that it respects the commitment and contributions made by these opposition parties.

Alex Tan's position has been made untenable by this remark.

He has been central to the growth of the PSP and is, by many accounts, Dr Tan's PA and right-hand man.

Will he be asked to leakve the party or will he leave on his own accord?

Whatever he chooses to do, it is not likely to have a major impact on PSP's advance towards the elections. It has made great strides forward and the potential loss of Alex Tan, no matter how valuable he was, will not derail the party's machinery. 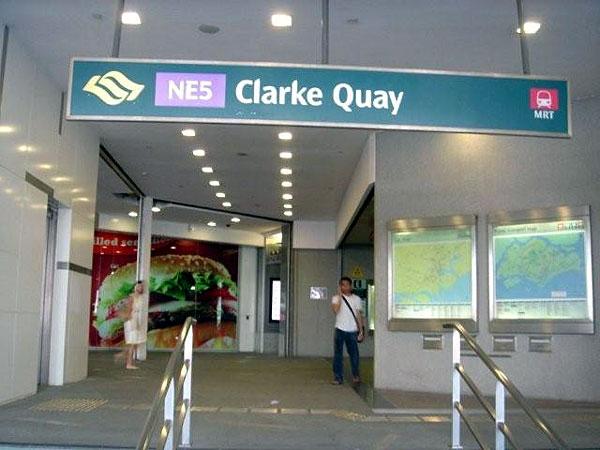 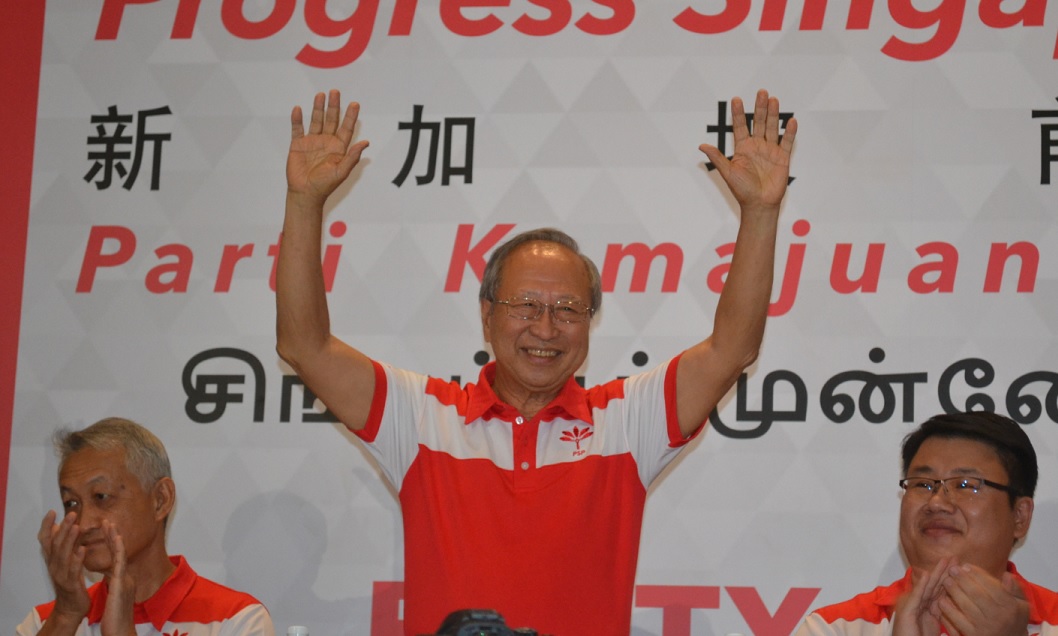 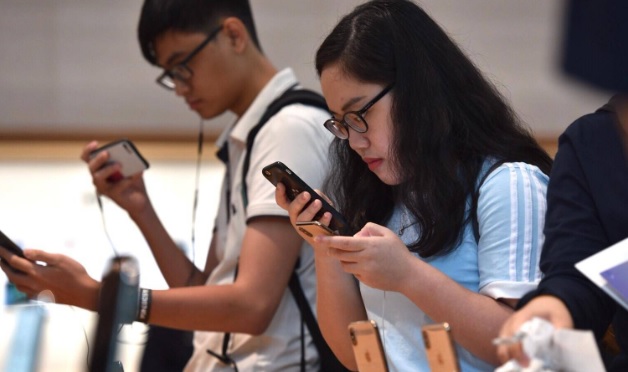