The Conservative Party led by current PM Boris Johnson won a landslide victory against the Labour Party. This was the Labour Party's largest defeat since the 1930s. Johnson himself described the victory as a "political earthquake", seeing it as a mandate from the people for the party to see Brexit through.

Drawing some lessons from the win, Lim Tean, the Secretary General of the People's Voice Party Singapore, pointed out the very simple reason for the outcome  - the Labour Party "simply did not listen to the will of the Voters".

Explaining further, Tean pointed out that many of the people who voted for Brexit in 2016 were the core Labour supporters - they were largely part of the working class that, comparatively, gained little from Britain's union with the EU.

Policies such as the free movement of labour across countries within the EU, disadvantaged them. This, according to Tean, was "not unlike what the PAP government has ushered in through CECA, which allows liberal access for work opportunities in Singapore to Indian nationals in 127 professions".

The supporters became frustrated, and they wanted Brexit. Yet, successive PMs were unable to deliver it. In addition, the Labour Party were also divided and did not have a clear position on Brexit. This alienated more of their supporters.

Tean feels that this is the case with the PAP in Singapore. It has failed to listen to the will of the people of Singapore. Hence, he is confident that the Opposition is primed to take advantage and take over from the incumbent.

There is no such thing in politics as a sure win or a sure thing. It does not matter if a Party has held a seat like Leigh for over a 100 years or the PAP has been in power for 60. The problem with many Opposition figures in Singapore is that they build the PAP into a behemoth which cannot be beaten and all the Opposition can hope for is to survive, hibernate and then come out to fight in the next GE. Their prophesies then become self-fulfilling.

What this massive Labour defeat and Pakatan Harapan’s victory in the Malaysian elections in 2018 show ( kicking out Barisan National which had been in power for 61 years ) is that once a party fails to heed the call of the voters, it will be defeated decisively and kicked out!

We have a PAP government now that is going against the wishes of the People in most areas of people’s lives and in our democracy. That is what residents are telling us when Peoples Voice carry out our community and house visits! So take heart my friends in the Opposition and work hard! Victory will be ours soon!

Many Singaporeans are disillusioned with life under the PAP. For many, the PAP is a symbol of elitism that is increasingly out of touch with the hopes, aspirations, and concerns of the man on the street.

There is no turning back. At the next election, Singaporeans will let their heads and hearts rule and vote to prove Tean right.

While Mr Chiam may no longer play an active part due to his frail health, his spirit continues to inspire the new leaders.

Those residents will not forget the sincerity with which Mr Chiam served them.

That will work in favour of the new leaders in SPP.  With the legacy of Mr Chiam behind them, they will prove that they live by the party's motto - 'Service before Self'.

At the sidelines of the ASEAN-Republic of Korea Summit (ROK) in Busan, Lee Hsien Loong (LHL) shared that the government was working a Budget for 2020.

He described Budget 2020 as something that will be "strong, and suitable to what the economy needs", against the backdrop of a potential economic recession arising from the US-China, Japan-ROK tensions, as well as the fluid state of Brexit.

Supporters of the PAP government, have, rather prematurely, welcomed the anouncement.

Others are not so enamoured.

Others have also expressed their reservations, suggesting that Budget 2020 could be used by the PAP as a means to incentivise Singaporeans to vote for the PAP.

This concern, while understandable, misses the point.

The point is, like our counterparts in Malaysia and Hong Kong, Singaporeans are now ready and primed for change.

Our votes and our allegiance can't be bought with drumsticks or even whole chickens. No matter how strong the Budget 2020 will be, Singaporeans, will decide for ourselves, the future that we want for our country based on how they PAP has treated us since the last elections. 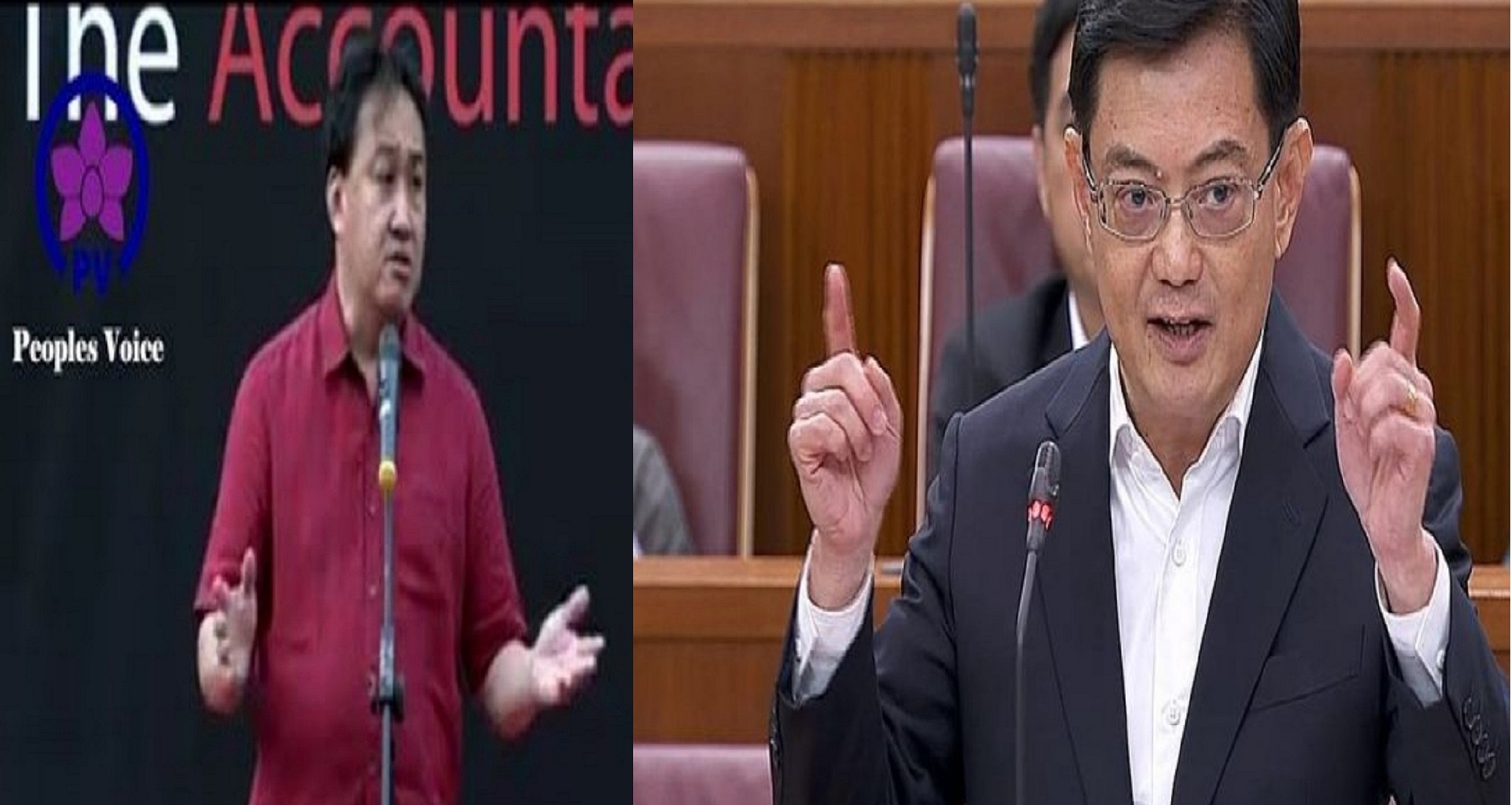 Leader of the People's  Voice Party (PVP), Lim Tean, plainly called Heng's performance in parliament as an embarrassment. Heng's inablity to "respond confidently" to the WP MPs was "woeful". Lim was definitely not holding back in his assessment of Heng's performance.

Lim also questioned Heng's credentials as a politican and leader.

He then warned Heng to expect more robust debates in parliament when more articulate and coherent opposition MPs are elected into parliament in the next GE.

For far too long, the lack of adequate opposition voices has enabled the PAP to get away with one-sided debates in parliament.

This will be put right in the next GE. The PAP will have to wake up and be prepared to be grilled more intensely and extensively on their proposed policies or laws.

The announcement by Lam Pin Min (LPM), the Senior Minister of State for Transport, was shocking to many e-scooter users and retailers. However, for the opposition, it is a welcomed gift.

With the ban on the use of e-scooters on footpaths, the PAP government has just opened the door, thrown away the lock and key, and paved the way for the opposition to be in Parliament after the upcoming General Elections (GE).

Many e-scooter users and related businesses are angry about the ban. They never saw a blanket ban coming, let alone one where the effective implementation was merely a day after the annoucement in parliament. The one month grace period is scant consolation.

They are angry. Very, very, angry. This will cost PAP votes in the next GE.

Many have families to feed. What do they do now?

Many felt that the government pandered to "popular" opinion and took the easy way out.

Now, there is a realisation that they are paying for the lack of opposition and alternative voices in parliament.

The PAP government is banking on getting the votes of supporters of the ban who have been vocal of their opposition to e-scooter use in Singapore.

However, this is based on the inaccurate assumption that supporters of the ban are supporters of the PAP. While they may be thankful that their voices have been heard and that their interests and safety are protected, it doesn't necessarily translate into votes for the PAP.

There are many issues affecting Singaporeans from all walks of life. This PMD issue is but one of the things that concern Singaporeans.

Many other issues like the provision and protection of jobs, a more consultative and open kind of governance, the opening of the social and political liberal-democratic spaces, still bother Singaporeans.

What this ban has shown is that the PAP government is still a closed, top-down type of government that Singaporeans don't want and don't need now, and in the more technologically dependent future.

This ban will cost the PAP many votes. Individuals, organisations, and businesses who have vested interests in the use of e-scooters are ready to vote for the opposition.

Come the next GE, don't be surprised if more opposition faces become your new MPs and Ministers.

Dr Tan Cheng Bock and several of his party members from the Progress Singapore Party (PSP) shed some blood for their fellow Singaporeans.

Together, they responded to the appeal by the Bloodbank for the donation of 'O' blood type from the public.

Dr Tan had no qualms aboiut donating his blood and was complimentary of the staff at the donation centre for helping make everyone feel comfortable.

He was heartened by the turn out and called on the donors to make the activity a regular affair to help ensure the adequacy of the bloodbanks.

For those interested to donate blood, you can find out more about the process here.

Dr Tan may not be our official President but in our hearts, Dr Tan is truly our President.

Soon, he will be the MP of our hearts, 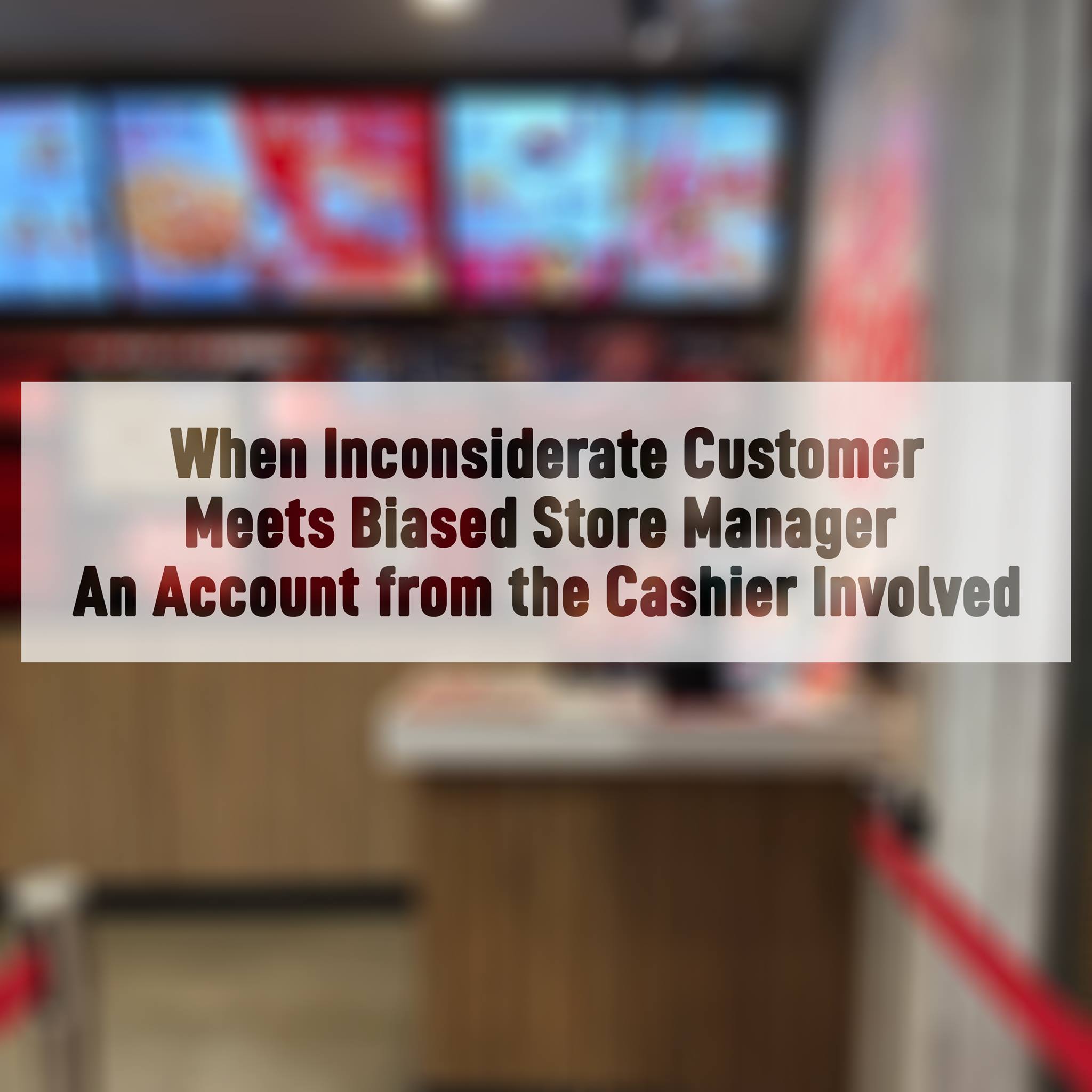 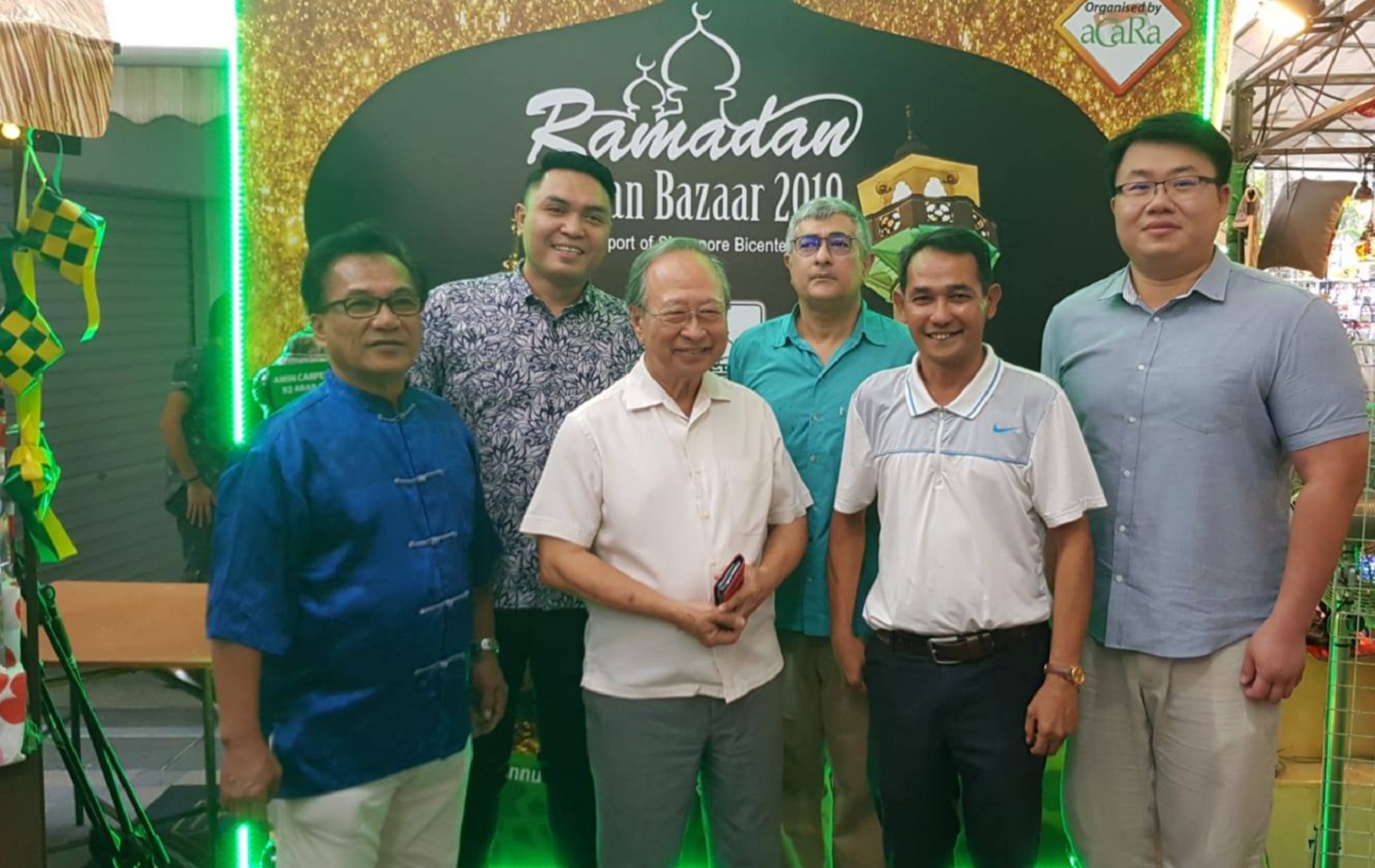 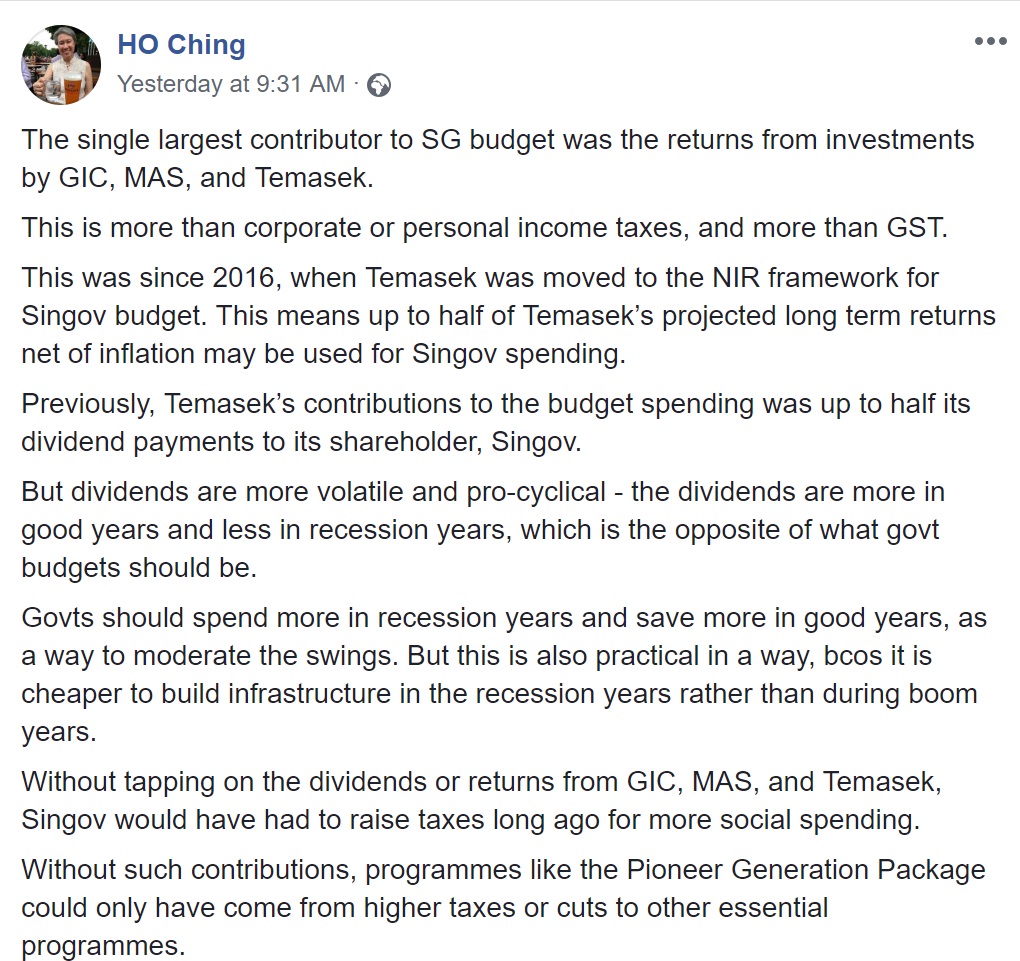 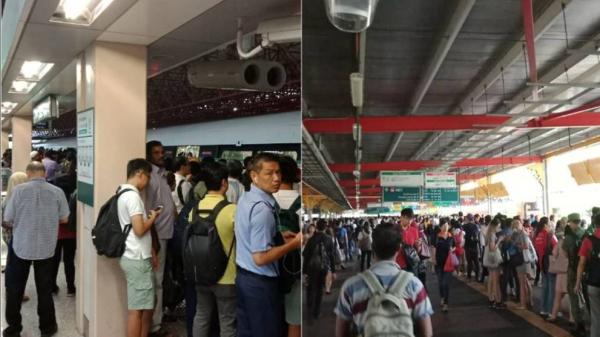 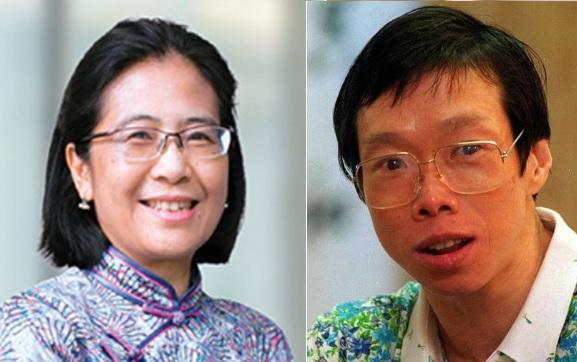